Scarborough and Whitby Green Party has re-selected David Malone as Parliamentary Candidate for the next General Election. 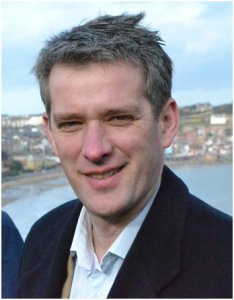 With the obvious instability of the present Government, local Green Parties around the country are selecting parliamentary candidates (if they haven't already done so). Scarborough and Whitby Green Party recently called for nominations and held a meeting where David Malone presented his case and answered questions from members. There was general agreement that he had been an excellent candidate in the past, standing head and shoulders above other candidates at hustings meetings. The meeting voted unanimously to select him.

This was a shortened procedure in view of current circumstances. The Green Party normally has a longer formal process including a ballot of all members in the constituency, and this will be repeated later in 2019 even if there is no obvious challenge to the current candidate.

A profile of David Malone appears on our Elections page.

Back to main news page